The results of exploration works on the Khatystakh licensed area.

Arctic mining company announces the results of exploration works on the Khatystakh licensed area.
In 2017, preparatory, field and desk works were carried out. Promising areas for industrial alluvial diamond bearing have been identified. In season 2016 – 2017 in the Northern part was made a search and mapping routes that allowed to map boundary of the productive horizon, which will significantly affect the point of prospecting and kartirovanija wells. Three ditches were passed in every 3 km, with which productive Triassic deposits were opened and tested in a representative volume. Productive formations are enriched on a manual concentrator.

According to the results of concentrating, it was noted that even in relatively small segments of the placer, the level of content and capacity of the productive formation vary significantly. Thus, in the #KHG54 ditch the average diamond content in the formation was 2.01 ct/c.m., with an average capacity of 0.7 m, and in #KHG94 ditch the diamond content level fell to 0.61 ct/c.m., with a significant increase in the reservoir capacity to 2.2 m. The unique diamond-bearing parameters were obtained during testing of the #KHG120 ditch, where the content varied from 3.73 to 8.84 ct/c.m. at an average value of 5.89 ct/c.m, but the reservoir capacity decreased to 0.05 to 0.4 m. The average content for the entire tested volume of sands was 3.66 carats per c.m. During the enrichment of volcanic-sedimentary rocks, 1,897 diamonds with a total weight of 149.26 carats were extracted. It was noted that the typomorphic features of diamonds are also significantly variable along the stretch of the placer, so if small technical stones of classes – 2 + 1 mm prevail in the ditch of #KHG54, then the middle class (-4+2 mm) dominates in the ditch of #HG120, with a significant proportion of individuals of JEM. 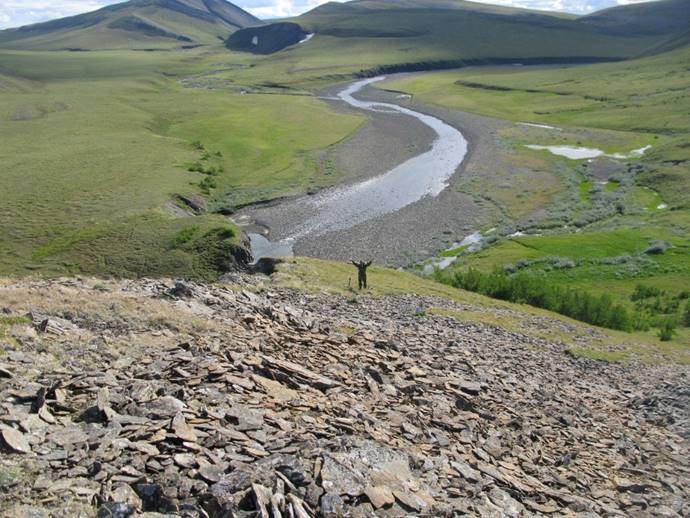 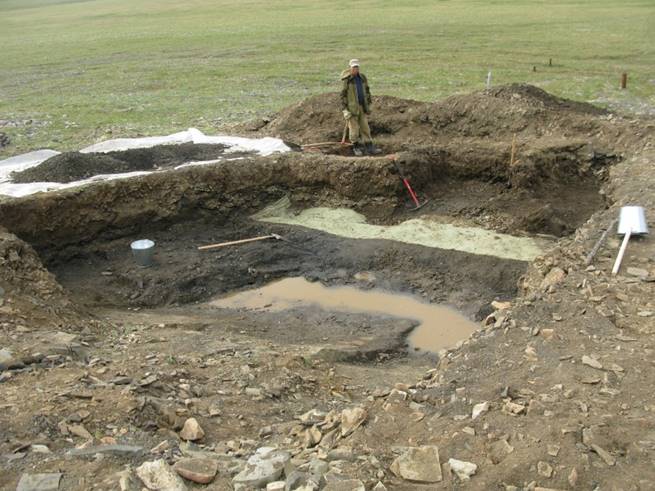 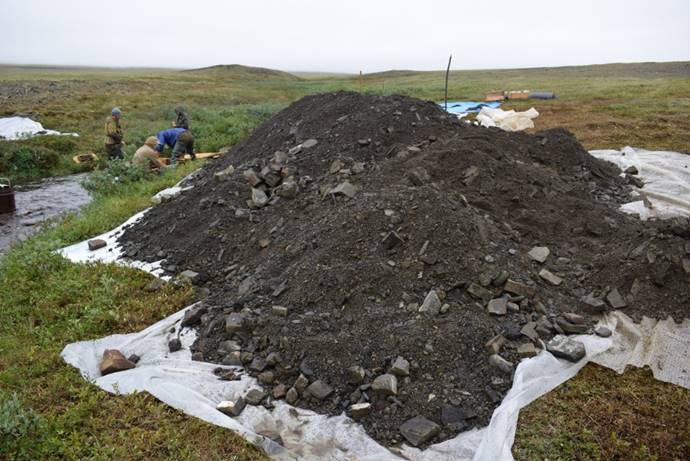 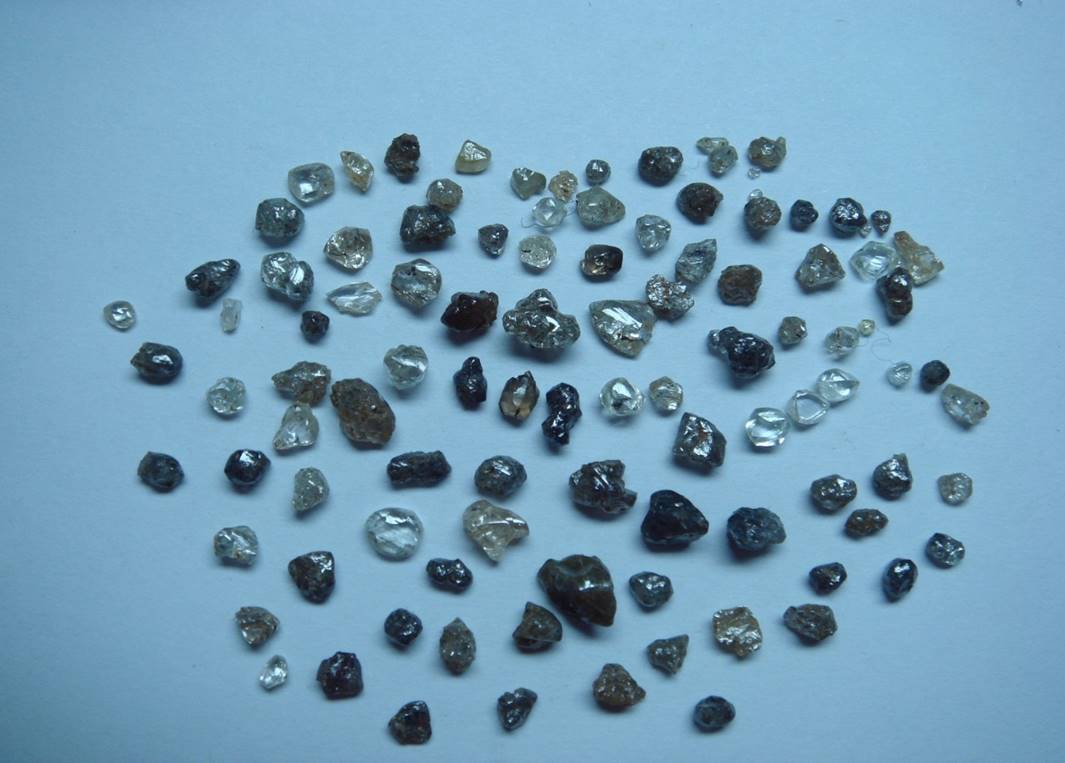