The ALMAR team consists of well-known specialists in the diamond mining industry who have discovered a number of diamond deposits and participated in the creation of diamond mining enterprises in the Yakut Arctic, and the export sales branch of ALROSA PJSC.

Honored Miner of the Republic of Sakha (Yakutia), professional engineer and head of diamond mining enterprises.

He has been in the diamond mining industry for more than 35 years, has passed all the steps of the career ladder from a mining foreman in the May batch of Allah-Yun GRE to the chief engineer of the largest diamond mining enterprise in the Russian Federation at loose deposits – Almazy Anabara JSC, part of AK ALROSA (PJSC), which produces diamonds in Leno-Anabar diamond–bearing subprovince – ALMAR activity region.

He directly supervised the creation of a production base and the development of the largest placer diamond deposits of the Republic of Sakha (Yakutia): Molodo, Mayat, Ebelakh, Morgogor, Istok, located in the Leno-Anabar diamond-bearing subprovincion.

The author of a number of inventions that reduce the time of exploration of deposits, improve the quality of testing and reliability of diamond reserves. 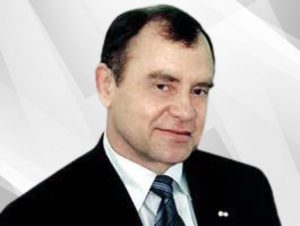 He was engaged in the search for indigenous and placer diamond deposits, industrial exploitation of placers, exploration of placers Ebelyah, Yraas-Yuryah, Gusiny, Upper Billah, Holomolooh, Istok and others. He supervised the search and revision work on placers of the Pendulum, Bolshaya Kuonapka, Bills, Talakhtaakh, Motorchuna, Molodo. As a result of these works, the placer of the Mayat River was involved in industrial development, the industrial diamond content of the Talakhtaakh and Bolshaya Kuonapka rivers was established, the first kimberlite pipes Grenada and Nadezhda were found in the Ebelyakh field. Conducted an expert assessment of placer diamond deposits in the Republic of South Africa and Sierra Leone.

He has 85 printed works, 5 monographs and textbooks, 23 production reports in the field of exploration, prospecting and forecasting of indigenous and placer diamond deposits. Expert of Russia on subsoil use. 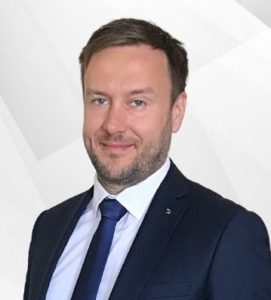 In the field of project management and foreign economic activity for more than 20 years. As a director, he created a sales branch of ALROSA in Vladivostok, was responsible for the creation of an export-oriented diamond cluster in the Far East. Worked as a project director for Russia of one of the world’s oldest diamond dealers Diamond Trading NV (Belgium) and Chinese trader Delta Tau Diamond (Shanghai).

Discoverer of deposits of the Russian Federation (placer of the Bol river. Kuonamka).

He has been in the diamond mining industry for 20 years. He worked his way up from the worker of the concentrating factory at the Molodo deposit to the deputy chief concentrator of JSC Nizhne-Lenskoye. He directly supervised the processing plants during geological exploration and industrial development of placer diamond deposits: Billah, Talakhty, Khara-Mas, Daldyn, Tiglikit and Bolshaya Kuonamka in the north of the Republic of Sakha (Yakutia).