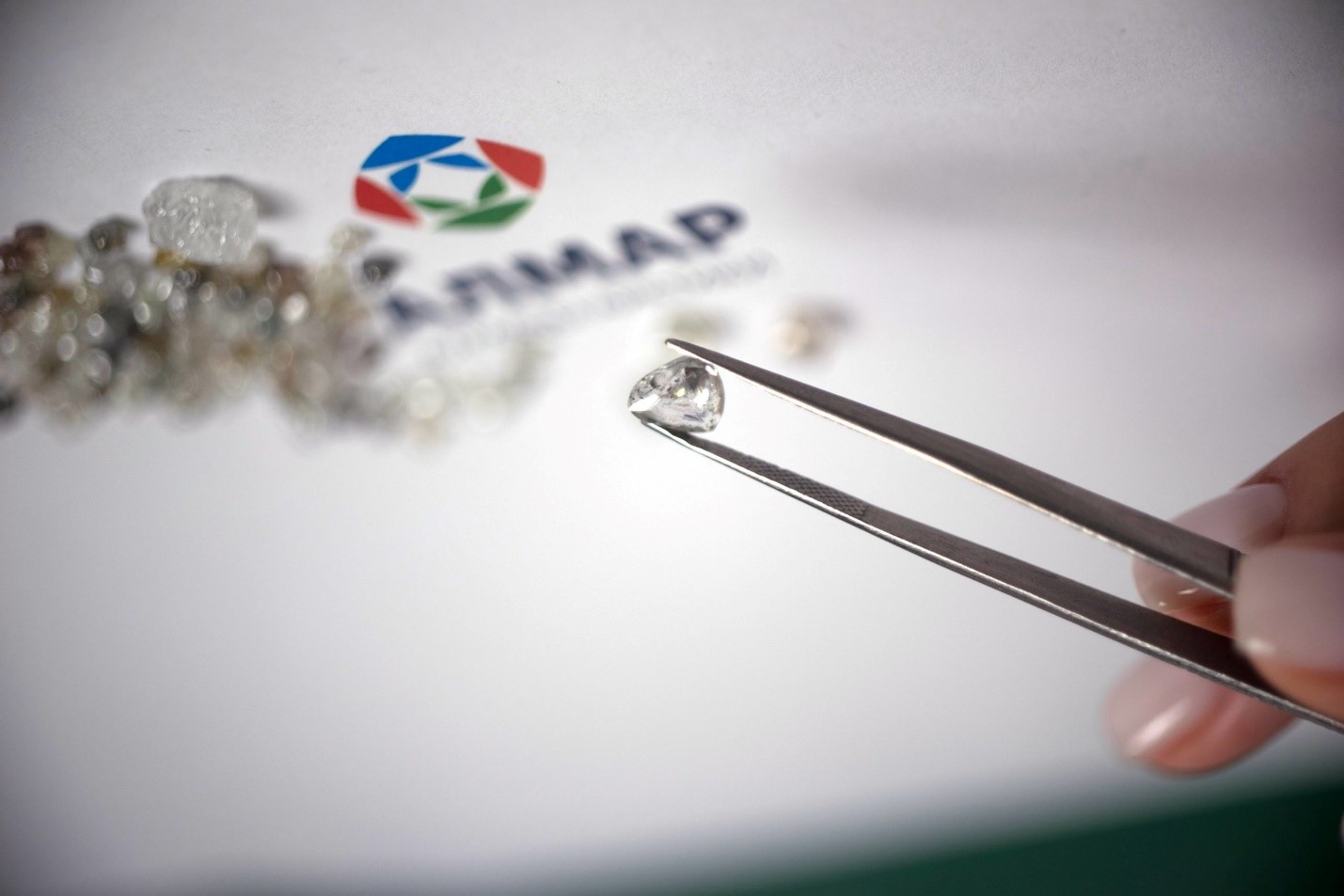 Samples of diamonds extracted during the exploration of ALMAR license areas

PJSC ALMAR – Arctic diamonds, which is developing placer diamond deposits in the north of the Republic of Sakha (Yakutia), reports the results of its activities and the subsoil user LLC AGK in its composition for the third quarter and 9 months of 2022.

In the reporting period, exploration work continued according to production plans. A set of works on testing samples obtained at the license areas was completed. As a result, samples of diamonds totaling about 400 carats were obtained, including diamonds over 2 carats and fancy colors.

According to the results of exploration work at the Khatystakh site, the level of knowledge of forecast resources has increased to category P1 (highly studied forecast resources that can be converted into reserves), their total volume has increased 2.5 times – up to 19.2 million carats. The origin of diamonds in this area suggests the presence of an indigenous deposit under the placer, the exploration potential of which is estimated at 100 million carats. To confirm it, a large volume of drilling operations and analytical studies on modern equipment is required. The implementation of this type of work is planned by the company in the subsequent period. If confirmed, the Khatystakh field may become the largest in the North of Yakutia.

At the Beenchime placer, reserves of categories C1+C2 (respectively: reserves with an accuracy of 10% for production planning, reserves with an accuracy of 30%) for open mining to a depth of 10 meters amounted to 647 thousand carats, forecast resources of categories P1+P2 (respectively: forecast resources of high knowledge that can be converted into reserves; forecast mineral resources, which were studied by a rare network of geological pits and ditches) amounted to 1.5 million carats, collectively exceeding the company’s initial forecast by 25%.

“The third quarter was very productive for us. We have extracted new diamonds from our deposits, among them there are stones of 2-3 carats in size and samples of fancy colors, which are valued much higher than colorless diamonds. Now we are cleaning and evaluating their market value,” Andrey Karkhu, CEO of ALMAR PJSC, described the main results. – The results of geological exploration showed a significant increase in the company’s mineral resources compared to preliminary estimates. At Beenchim, the growth of forecast resources exceeded previous estimates, and the level of study of the site allowed one third to be transferred to reserves. The excess is very significant at Khatystah. And the prospect of the presence of an indigenous deposit at Khatysty has adjusted our future plans for exploration in this area.”

The planned complex of geological exploration works at both license areas for 2021-2022 was completed by 104.5%. The main volume of exploration work, as before, was performed under a contract for exploration with Almazy Anabara JSC (a subsidiary of ALROSA diamond mining company).

In the fourth quarter of 2022, the company plans to clean, sort and evaluate diamond samples and begin preparing a feasibility study of exploration conditions at the Beenchime site, complete the calculation of reserves and preparation of feasibility studies (feasibility studies) of exploration conditions in the first quarter of 2023, and during 2023 confirm reserves and obtain the right to mining in this subsurface area. The extraction and sale of diamonds at the Beenchime site is scheduled to begin in 2024. This corresponds to the previously planned deadlines and stages of the company’s work.

It is planned to calculate geological reserves at the Khatystakh field and continue exploration work on the placer and the underground part of the site with the involvement of contractors next year.